Before the world got all weird, the plan was to do a 100km run in February/March as a long training run for The Deca. I plotted a route; a 100km course around my hometown of Utrecht, and was ready to go… Then everything changed…

When the ‘official guidelines’ were to ‘stay at home as much as possible’, it didn’t feel good to go out on such a long run, and when the guidelines started to ease, my motivation was just gone…
But, with races being cancelled, I started thinking about new goals, and instead of doing a 100km training-run, I decided that this should now be the main goal of the season (for now, who knows, maybe I’ll think of something stupid again…). So I dusted of the gpx-track, but after a mild heatstroke on a 40km run a few weeks ago I decided to take a different approach; instead of doing one big loop, I’ll choose an 11km loop, so that I can refill my bottles and food every lap, and maybe find some people to join me for a lap or two… And my favourite 11km loop is a trail in the local forest, so there’s lots of shade if it’s a sunny day! (and weirdly ‘9 loops of 11km plus a bit extra’ sounds way less scary than ‘100km’!).

So here’s what happens during a 100km-day…

It’s weird to drive to the start of the track; usually I run to the start, do one or two loops and run back… It’s been a while since I’ve been here by car…

The rain has stopped just when I start my first loop.. I’m running the ‘yellow’ route, which I must have done a hundred times before, so the first laps shouldn’t be a problem. Only thing is that my stomach is quite upset, which worries me, since I’m not sure if I can ignore that for 100km… 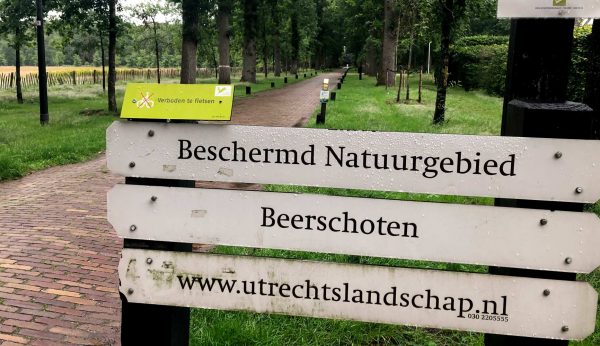 I finish lap one, faster than expected, and faster than would be wise… But whilst running I’m not looking at my watch, so at this point I don’t know this yet…

After a quick refill I’m out again… The plan today is to make the stops as short as possible, since on an ultra these breaks really add up… And although the goal is to run 100km, it would be awesome to do so within 12 hours… (probably between 10 and 11 hours of actual running, the rest spend refuelling and on toilet-breaks…).

Starting lap 3, after again a short (3 minute) refuelling break I start to realise that I’ve actually never ran 100km before… Sure, I did the TripleBrutal (126km), but I’m not sure that ‘running’ would have been a word to describe what happened there… More ‘crawling’, or ‘just hoping the wind would take me closer towards the finish-line’… So today might just be a milestone in my ultra-running career!

There’s a tree that’s fallen over the track… And although there’s a way to go around it I chose to go over it in the first lap (since that’s easy…), and now I’m just being stubborn, since I want to run the same lap every lap… But that little extra step starts to hurt… (and will hurt even more in the laps to come!)

…doesn’t seem too bad… unless you’ve done a lot of miles!

I get a message from Gerrit, who will be joining me for a few laps, telling me that he’ll be half an hour later than planned. I quickly think of a half-hour extra loop on the course, since I won’t be waiting by standing still today! The only thing that I have to think about later today is not to run 9 laps of the ’yellow’ signposted route, but only 8, and then see how many kilometers there’s to go after that…

I start the lap with Gerrit, still keeping the refuelling breaks really short, which I feel pretty good about, since this is something that I’m usually not good at!

It’s fun to run with Gerrit; when I ran on the track we were in the same group together (unfortunately I learned that my achilles-injuries were caused by track-running, so I haven’t done that for years…), so it feels like ‘the good old days’ to run behind him (since, most of the times Gerrit will be in front of me today!)

About 7km into the lap there’s a short sequence of 6 little ‘climbs’… They only go up a few meters, but they are quite steep, and by now, with 50km done, they really, really start to hurt… I’ve been walking the climbs from the start to conserve my energy, but by now even the walking starts to feel like hard work…

After two laps with Gerrit there’s the first slightly longer refuelling break. I take some soup to get my salts in, and for the first time today I’m even sitting down for 5 minutes… 62km done, still a long way to go…

At the top of the last climb of the lap we’re joined by Douwe, a co-worker who offered to join me for a lap… And since he got to the parking when we were still running the trail, he decided to come and find us… By now I’m not the most social runner anymore, I’m in my own little bubble, but it means the world having people here to help me through, just by being here!

Gerrit decides to join for a 4th lap (which would get his mileage today at little over a marathon… It’s nice to have friends who can impulsively decide to run a marathon!), and the three of us start another lap… I’ve done 73km by now, and my body starts to hate me… The guys in front of me seem to be happy running together, and I just try to not drop too far back, and they’re nice enough to wait for me now and again (honestly: they have to wait quite often….).

When we finish the lap we’re all in good spirit; Gerrit has done his marathon, Douwe has ran slightly more than he planned, and I’m “nearly there”, with 2 marathons done, although that is something you can never say out loud or think! From now on I’m on my own, and thanks to the extra short loop I’ve done this morning to wait for Gerrit, I don’t have to do 2 full loops now… Only one, and then a 5km shorter loop, with no climbing! And thanks to the short and efficient refuelling breaks, I might just make this in under 12hours! (well, that’s what I try to tell myself… But I’m pretty sure I will go just over those 12hours…).

After a slightly longer break (saying goodbye to my awesome support-runners) I’m leaving for my final full lap. The pain is pretty much telling me to stop, but I go with a plan; I have to run at least 3km before a break to drink! 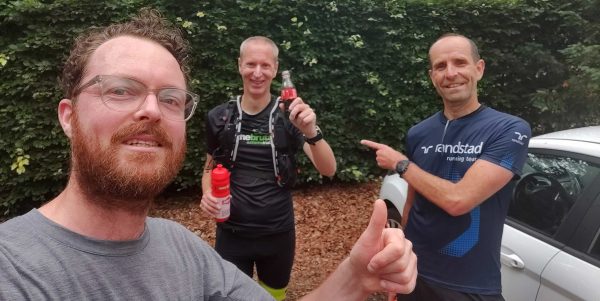 …saying goodbye to these awesome guys…

I make it through the first 3km, take a drink (and take too long to do so… Not moving just feels sóóó good…), and then off for the next…

90km done, and I make a huge mistake… and I know it’s a mistake before I make the decision, but I don’t care anymore… There’s a tree positioned just perfectly to sit against, so I sit down for a drink… This break takes forever, since by now all my “finish in under 12 hours” plans are gone, I’m just going to relax for a bit, and think how I’m ever going to run another 10km… (with still some stupid climbs ahead!) (this process repeats at the 92km point, since there’s a nice bench that I just can’t ignore…)

The final break is at 97.2km… Only 2,8km to go, and although it might be hard to imagine, this feels like a 100km in itself… I’m struggling to tell myself that I can do this, but eventually I start running again…

I put on a dry shirt, take a drink and sit on a bench smiling (at least from the inside… I feel like crap, and probably look as if I feel like crap…). It’s nice to see other runners and walkers pass; normally when I’ve done something crazy it’s great to celebrate with others, now there’s a weird satisfaction that all these people have absolutely no clue what has happened here today… Today was a good day!

with huge thanks to my support-runners Douwe and Gerrit! 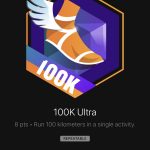